IISL President Kai-Uwe Schrogl was honoured to be included in the opening high-level panel at UNISPACE+50 on Monday 18 June 2018. Characterising the current environment as a time for reflection, he asked key questions of the many delegates representing multiple stakeholders which included both members and non-members of UNCOPUOS as well as non-governmental organisations and industry: “Are the existing principles of law still valid? Are the provisions of space law universally accepted? Does space law fulfill the expectations of the stakeholders?” President Schrogl emphasized the importance of maintaining the rule of law in outer space and the freedom of use and the IISL’s role in promoting understanding and further development of space law.

This message was repeated in the IISL’s statement, presented in the high level symposium by Executive Secretary Diane Howard on behalf of President Schrogl: “In conclusion, the IISL has been a part of the international space law discourse from the very beginning. We are clearly here now, both in support of UNISPACE+50 and also actively engaged in issues, and we have every intention to continue in this rapidly changing and dynamic environment, because, ultimately, the whole space community should engage in ensuring the rule of law in outer space.”

The IISL was well represented at both UNISPACE+50 and the 61st session of UNCOPUOS, with many members sitting on both national delegations, delegations of IGOs and NGOs, including the IISL delegation. Our President and Executive Secretary were joined by Marietta Benko, Ulrike Bohlmann, Marco Ferrazzani, Christopher Johnson, Sagi Kfir, Sergio Marchisio, Larry Martinez, Bernhard Schmidt-Tedd, Gouyu Wang, Zhenjun Zhang and numerous others. 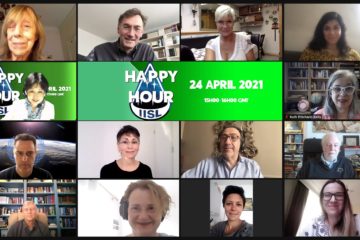 On 24 April, the Third “IISL Happy Hour” was held, which started as a new communication format to interact and share good experiences among the IISL members in February 2021. This time, 20 IISL members Read more… 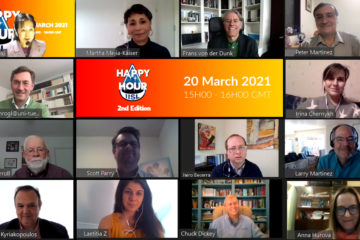 On 20 March, the Second “IISL Happy Hour” was held, which started as a new communication format to interact and share good experiences among IISL members in February 2021. The series of the IISL Happy Read more…

Message on the consequences from COVID-19

Dear IISL community,  It is with great regret that several upcoming IISL activities have been affected by COVID-19. The health of our members and participants absolutely comes first!  Therefore, some regionals for the Manfred Lachs Moot Read more…