Current institutional members of the IISL: 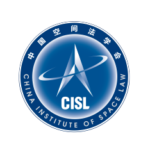 The China Institute of Space Law (CISL) was founded in 1992 by five institutional members, which include China’s former Ministry of Aerospace Industry, the Ministry of Foreign Affairs,the former Commission of Science and Technology, the former Commission of Science, Technology and Industry for National Defense (COSTIND), and the Chinese Academy of Sciences. CISL is now co-sponsored by China National Space Administration (CNSA) and China Aerospace Science and Technology Corporation (CASC), with due support from other founding members and regular members.

As an active promoter of the rule of law philosophy in the space industry, CISL has also done tremendous work to engage and inspire students and young space professionals through various outreach programmes. CISL has been serving as China’s national round organiser of the Manfred Lachs Space Law Moot Court Competition since 2003, with an ever-increasing number of participating universities and students. CISL serves as an effective coordinator for the IISL-related events on the Local Organising Committee for the 64th International Astronautical Congress (IAC) in Beijing in September 2013.

CIDA-E was created in 1975, as a Uruguayan state organisation with the following objectives:

It has set up Uruguay’s position in these areas in many international organisations (COPUOS, CEA, ITU, ICAO, etc.) and under its auspices, Uruguay became a Member of COPUOS.

The European Space Agency (ESA) is Europe’s gateway to space. Its mission is to shape the development of Europe’s space capability and ensure that investment in space continues to deliver benefits to the citizens of Europe and the world. ESA is an international organisation with 22 Member States. By coordinating the financial and intellectual resources of its members, it can undertake programmes and activities far beyond the scope of any single European country. ESA’s job is to draw up the European space programme and carry it through. ESA’s programmes are designed to find out more about Earth, its immediate space environment, our Solar System and the Universe, as well as to develop satellite-based technologies and services, and to promote European industries. ESA also works closely with space organisations outside Europe
Institute of Air and Space Law, Faculty of Law, McGill University, Montreal

McGill University’s Institute of Air & Space Law and its research arm, the Centre for Research in Air & Space Law, have a rich history of education, public service and scholarship.

Since 1951, the Institute has trained 1,000 specialists in air and space law from all over the world. Today, the IASL is undoubtedly the most prominent and decorated educational and research institution in the world in the domain. Its loyal graduates today serve in some of the highest legal positions in the bar, the industry, and governmental institutions in some 120 nations around the world. 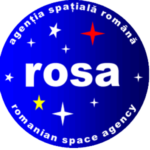 The Romanian Space Agency (ROSA) was established in 1991 and reorganised by a Government Decision in 1995 as an independent public institution under the auspices of the Ministry of Research and Technology (actually, the Ministry of Education, Research, Youth and Sport). ROSA is the national co-ordinating body of the space activities.

On behalf of the Government, ROSA is the national representative in the cooperative agreements with international organizations, such as European Space Agency (ESA) and Committee on Space Research (COSPAR), as well as bilateral governmental agreements. Together with the Ministry of Foreign Affairs, ROSA is representing Romania in the sessions of the United Nations Committee on the Peaceful Use of Outer Space (COPUOS) and its Subcommittees.

It owns and operates a fleet of 53 geostationary satellites that are complemented by a network of teleports and offices located around the globe. This far-reaching infrastructure enables customers to reach 99% of the world’s population and places SES at the heart of the global communications chain.

SES is headquartered in Luxembourg and operates worldwide through dedicated regional teams. It is listed on Euronext Paris and on the Luxembourg Stock Exchange (SESG)